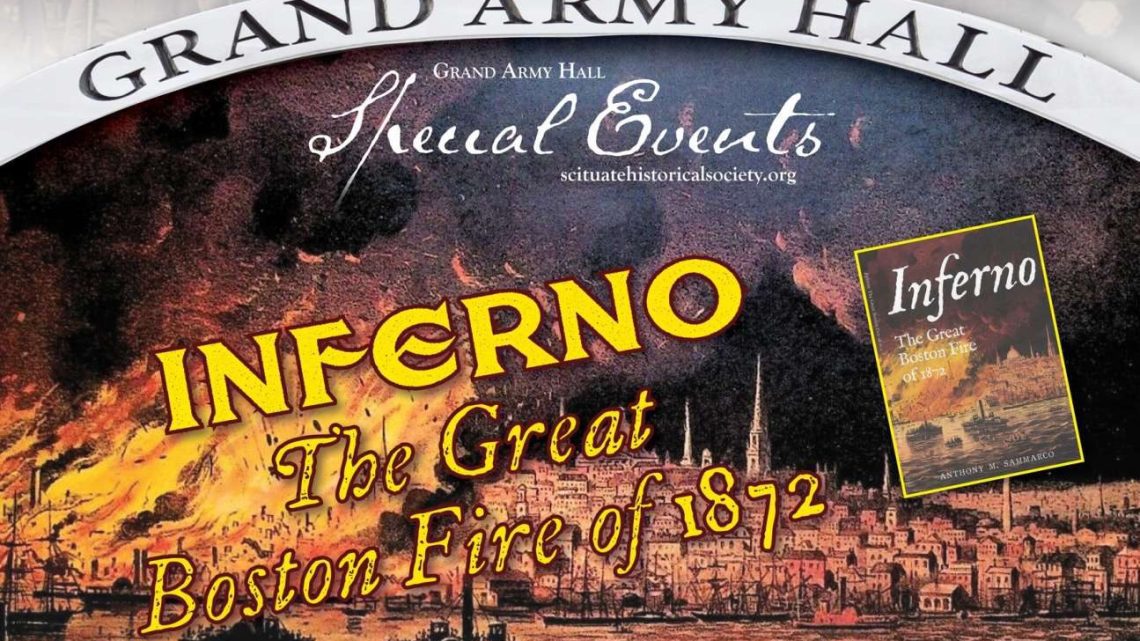 Inferno: The Great Boston Fire of 1872 was written to commemorate the 150th anniversary of a devastating fire that destroyed sixty-five acres of land in Boston, from Washington Street, between Summer Street and Milk Street, fanning eastward towards the wharves projecting into Boston Harbor. The fire was said to have destroyed 776 buildings in Boston’s downtown, causing over $73 million [1872 dollars or $1,682,000,000.00 in 2022 dollars] in damage, killing an estimated twenty people and which led to stricter building regulations in Boston. Fires have always been a constant source of anxiety, but this inferno was cataclysmic and beyond the comprehension of many people. The city of Boston took action and appointed a city architect that would oversee all building in the city.

Tickets are $10 each and are available at the School House on Cudworth Road or at the door.
They may also be purchased online Here.